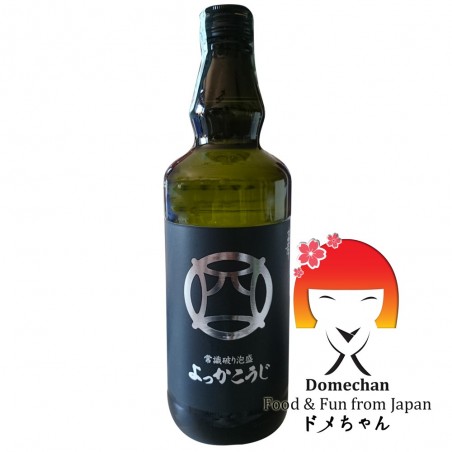 Awamori is produced in the distant islands of Okinawa. Unlike other Shochu by the japanese mainland, Awamori is different as it has different ingredients and a production method different. Therefore has its own unique aroma with a flavor quite distinct. Another unique feature of Awamori is "the culture of aging Awamori call, the maturation of Kusu". This shochu is produced according to these strict rules, we use the rice as an ingredient, we use only malt, black, used only the broth of the fermentation of the malt rice, yeast and water (the fermentation of malt (whole rice), contains less than 45% alcohol by volume.