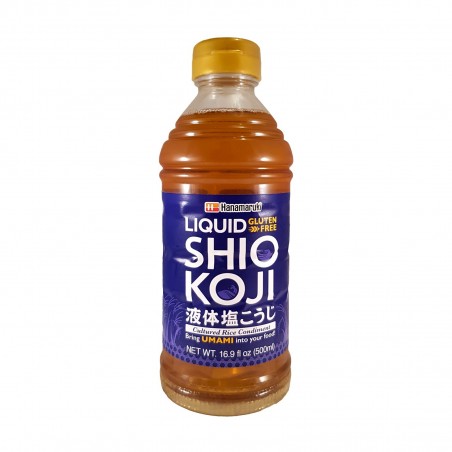 For marinades and cooking

"Koji" (or rice malt syrup) is used in the fermentation process of miso, sake, soy sauce, and other foods. Shio Koji sauce is a traditional japanese rice-based fermented Koji and salt. It has a taste and natural color and contains no additives. It is very versatile and can be used in various occasions and is extremely easy to use. The volume - to-use is 10% of the weight of the meat, fish or vegetables by season. Let the rice malt Koji Shio them to penetrate and then wipe.

1. Removes strong odors are typical of meat and makes it soft and tender.
The enzymes of the malt Koji softens the meat and brings out its flavor.
The cooking of fish or meat with Koji Shio reduces to a minimum the odor.

2. highlights the taste of the foods
The addition of a bit of Koji, shio , thanks to its amino acids that act on the proteins in the meat and fish In the final fully flavored.

3. natural seasoning.
Shio Koji is made from rice-fermented koji, salt and water, creating a condiment that is simple and natural. Has a natural flavour and natural colour without additives and artificial, which means that it can be consumed without any concern for health.

4. A liquid is a highly versatile
Only Hanamaruki produces the Shio Koji in the form of liquid, allowing it to be easily used as a soy sauce, mirin or sake. 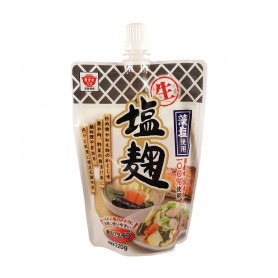