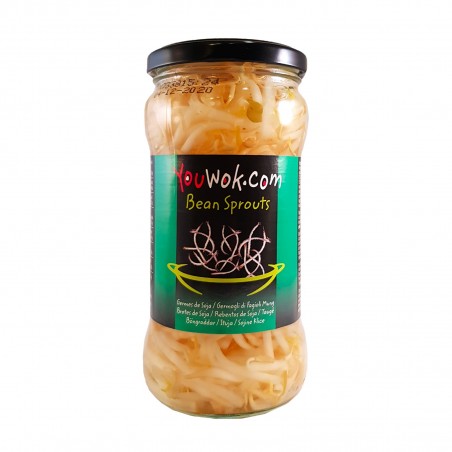 Is called green soya bean, bean, mungo or bean indian, but in reality it is a plant of the genus Vigna, and then a fabacea (legume) only related with the beans and the soy. Is a native of the indian peninsula, but domesticated for the first time in the areas of Mongolia. It is widely produced and consumed throughout Asia, but cultivated also in the United States and in some countries of the Mediterranean.

It is a fundamental ingredient for many cuisines of the eastern and the types of foods that arise are numerous: sauces, soups, creams, flours, pastas, pastries and desserts, milks, ice creams and germigli. These are since ancient times part of the food culture in China and in the neighboring States: fried, in soup, in inaslata and in an endless variety of dishes.