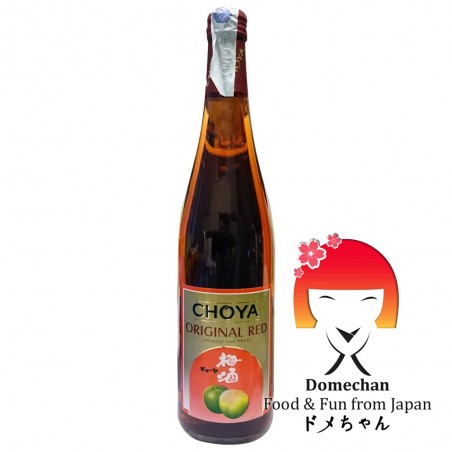 Expiry of products
At the time of shipment, the product will have 120 days or more remaining to expire.

Choya is the most renowned producer of Umeshu, both in Japan and abroad, ranking eighth in the world among the brands of liquor, growing constantly. The Umeshu is alcohol-based Ume, a fruit often referred to as 'plum japanese'. After having had great success in the japanese market, the local, for more than three decades, have decided to expand overseas with a new premium Choya called "Extra Shiso". Made 100% with emu Nanko
of the famous region called Kishu, this Umeshu is based on the version Extra Years and flavored with shiso to give umeshu a flavour unique and special, and the color pink.
Retains the character of the home with more a pleasant bitter, herbaceous notes fromthee, from the leaves of shiso red.