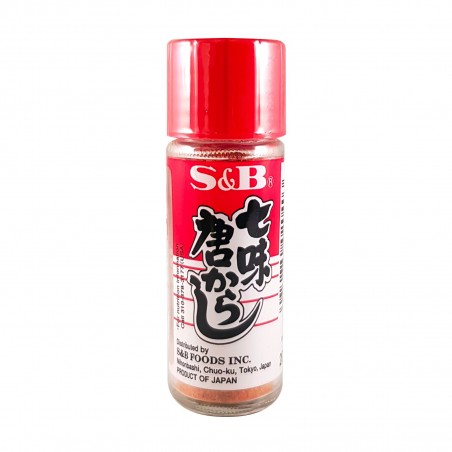 Nanami tōgarashi "chili pepper with seven tastes", or simply, nanami is a traditional blend of spices typical of japanese cuisine outside of japan is also known as nanami tōgarashi. It is usually prepared at home and stored in a cool place. It is much used in soups, noodles, white meat dishes and several rice-based dishes such as rice cakes, agemochi and rice crackers. As the name suggests is composed of seven ingredients, the main of which is a type of red pepper called togarashi, to which are added: the zest of mandarin (which gives it the typical orange colour), sesame seeds (in some recipes you prefer the black sesame seeds), poppy seeds, hemp seeds, nori seaweed, chopped, Sichuan pepper. In some areas, the hemp is replaced by ginger or chopped garlic. Some recipes add rapeseed, ginger, or licorice.