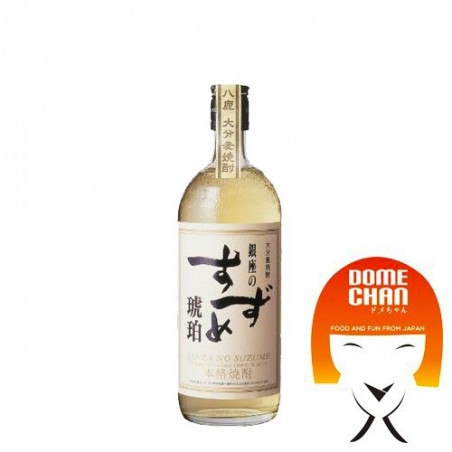 Ginza is best known as a popular district of Tokyo, which makes it misleading as a name for a shochu, suggerendolo as a product that is more trendy and commercial, instead of a high-quality product. This could not be further from the truth. Ginza is a shochu aged distillery is a distillery located in a remote village on the island of Kyushu, which produces sake from 1864. Ginza no Suzume-a shochu with a style complex. Ginza is a shochu barley, very similar to the iichiko, considered as delicate and tasty as shochu a starter, but this one is different. Kōhaku is aged in oak barrels american, this gives the shochu its solid golden and woody, smoky to the nose and taste. On the palate the flavor of the land that turns gradually into a caramel to finish with a final that reminds of mint. It has a flavor very similar to a whisky, very dry due to its aging.