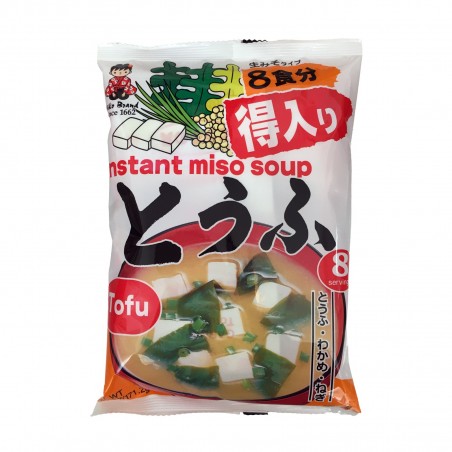 Classic miso soup with the addition of tofu. This packaging is very convenient it contains 8 separate portions of miso soup to use in the quantity desired in every moment. Just add hot water and it is ready.

Expiry of products
At the time of shipment, the product will have 120 days or more remaining to expire.