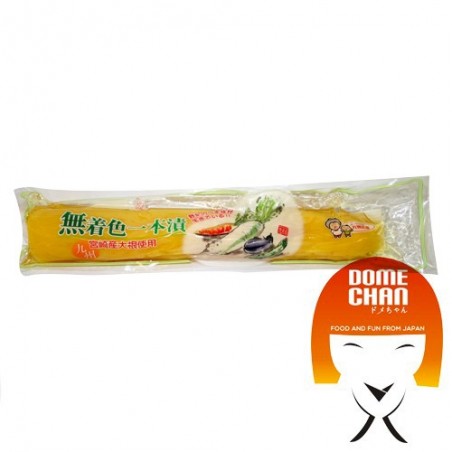 ll daikon also called radish chinese, japanese radish, or radish is a winter variety of radish, a common native of eastern Asia. Although there are many varieties of daikon, the most common in Japan, the aokubi daikon, has the shape of a large carrot, about 20-35 long, and 5-10 cm diameter. The daikon has an important role in japanese cuisine. The daikon raw can be served in salads, as a garnish for dishes of sashimi, or marinated in vinegar. The daikon grated, known as daikon oroshi, is popular as a garnish for dinner dishes such as yakizakana or the natto. The daikon is cooked and often served as an ingredient in miso soups or in stews such as oden.